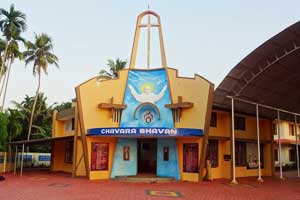 This is six miles from Kollam  on NH47. The mineral factories, premo pipe factory and indo-Norwegian project centre are the main attractions of this place.They can be reached only by boat from Alappuzha. 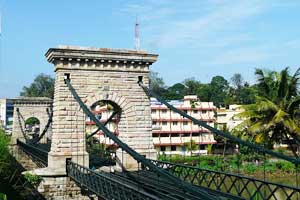 This is located in Kollam district, at a distance of 46km and is the most important industrial centre of the state. The suspension bridge built in 1879 over Kallada river is a star attraction. The Lord Ayyappa temple at Sasthamkonam is popular among the devotees. Punalur is the hottest place in Kerala. 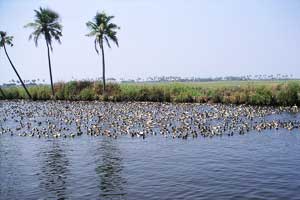 This is located in Kollam district. The beautiful town on the right bank of Kallada River is 26km north east of Kollam. It is known for the temple of Lord Sastha and Sasthamkotta Lake , which is the only major fresh water lake in the state. The lake is set amidst scenic surroundings covered by high hills on the three sides. 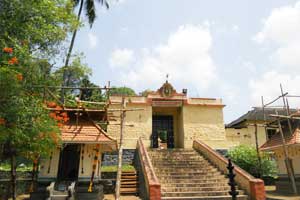 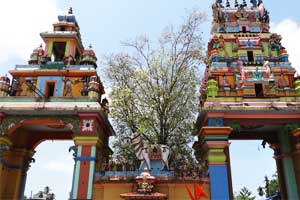 6km from Kayamkulam on the NH47, Ochira is famous for its Parabrahma temple and the annual temple festival. It is believed that Ochira was the Army Training Centre of the Kayamkulam Rajas. It is also an important handicrafts centre. 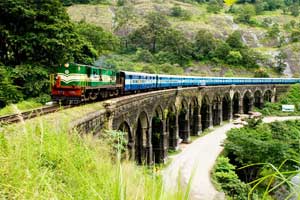 A small township amidst rubber plantations and thick forest,located 30km from Punalur, Thenmala is an interesting picnic spot to enjoy the natural scenery. 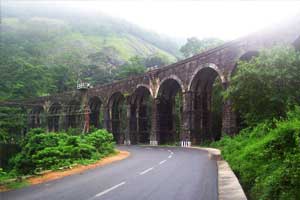 70km from Kollam, Ariyankavu is the gateway of  Tamil nadu. There are five tunnels dug through the mountains for the Southern Railway in this area. The Ariyankavu tunnel constructed in 1904 is the largest. The Sastha temple here is the most important among the Sastha temples.

74km from Trivandrum , Kottarakkara is an important junction town where roads from Kottayam, Punalur, Trivandrum and Kollam meet. Kerala Institute of Rural Development is at Kottarakara. 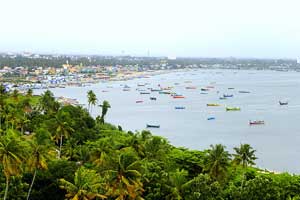 It is about 5km from Kollam and is known for the Colonial building-like churches and bungalows. The 44m tall light house is the special attraction of the town. 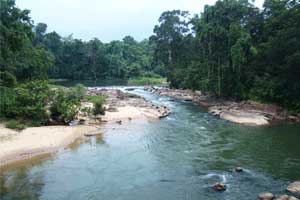 64km from Kollam, Kolathupuzha in situated in the  forest range and is famous among devotees for its shrine.