Kozhikode or Calicut is situated along the southwestern coast of the Arabian Sea bordering Kerala.The district extends from latitude 11°15 N to 75°49 E. Basking in the idyllic setting of the serene Arabian Sea on the west and mesmerising peaks of the Wayanad hills on the east, this district has all the required ingredients to fascinate a tourist including a host of major attractions.

Due to its nearness to the sea, the place has a hot and humid climate. Summer starts from March and continues until May.The maximum temperature recorded in the month of May is 36°C and the minimum temperature recorded in the month of December is 14°C.The southwest monsoon arrives in the first week of June and the average annual rainfall is 254 cm. 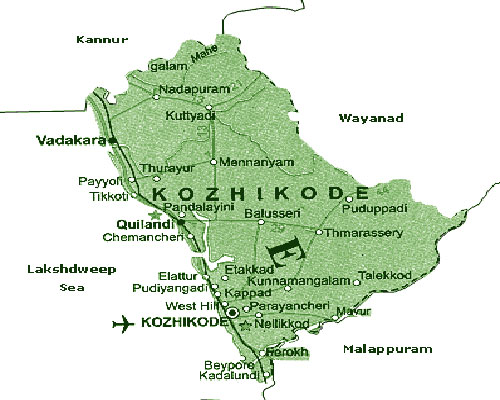