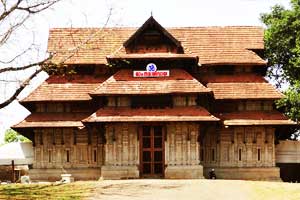 This is one of the oldest temples of the state. Lord Shiva, the presiding deity, is represented by the "ling". Traditional Kerala style architecture, exquisite murals and carvings on the wall depicting stories from epics, are one of the major tourist attractions in Thrissur. Non-Hindus are not allowed to enter this temple. 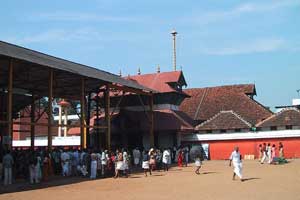 29kms away from Thrissur, this is also one of the most sacred pilgrimage centers in the state. The presiding deity is Lord Krishna. Legend has it that Guru, the preceptor of Gods and Vayu, the God of wind, created the temple. 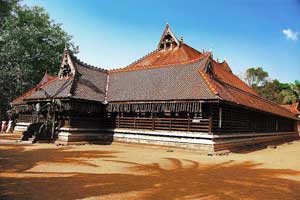 Founded in 1930, this is a center for reviving, preserving and developing the traditional art forms of Kerala especially Kathakali. It is also one of the major tourist attractions in Thrissur. The revered poet Vallathol founded it in 1927 AD.

This is the largest elephant park in the world. Elephant races and feasts for elephant are unique features here. Thrissur Festival: The most spectacular festival in the region is one of the major tourist attractions for many. Some time in April / May, caparisoned elephants from neighboring temples partake in an elaborate procession to the complex of Vadakkumnathan Temple. Dazzling fireworks goes on throughout the night. 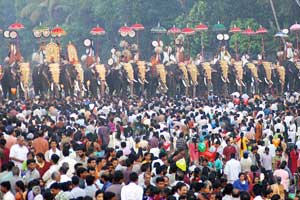 The famous Ayyappa temple at Aarattupuzha is just 14 km from Trichur (Thrissur). The temple celebrates its annual pooram festival during March. 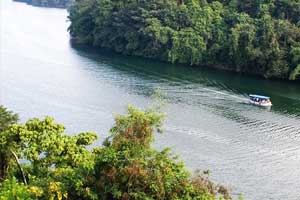 The Peechi-Vazhani Sanctuary comprising of the dense, moist deciduous and semi-evergreen forests is situated in the catchment area of the Peechi and Vazhani dams. It is one of the important wildlife sanctuaries of Kerala. 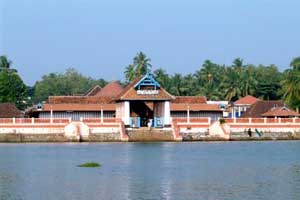 Thriprayar Temple is located south of Trichur and is one of the important temples dedicated to Lord Rama. The exquisite woodcarvings, sculptures and Mural Paintings are an interesting sight. 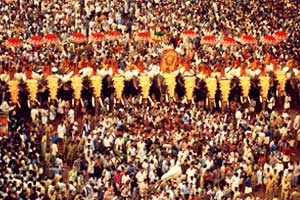 Trichur (Thrissur) is best known for its huge Pooram Festival, which is the most colorful and spectacular temple festival of Kerala. Thrissur (Trichur) Pooram is held in the Malayalam month of Medam (April- May). 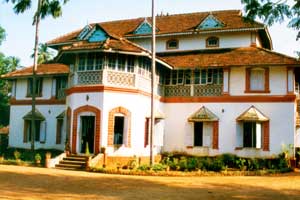 Located on the Town Hall Road in Trichur, the archaeological museum is open from 10 am to 5 pm on all days except Mondays and National holidays 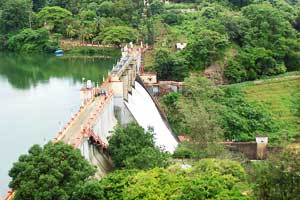 About 20 km east of Trichur, the Peechi offers boating facilities. There are frequent private buses from Trichur. Built across the Manali River, the dam is a vast catchment area of nearly 3200 acres with extensive botanical gardens and cascading fountains offer numerous inviting avenues for tourists. 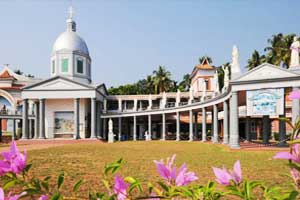 St. Thomas, the apostle, is said to have landed in Kodungalloor (formerly called Muziris) in 52 AD. The St. Thomas Church established by him houses ancient relics. 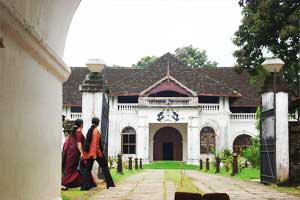 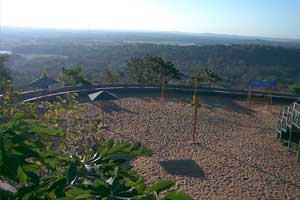 Vilangan Hills, Thrissur is a hillock, set amidst a picturesque locale. Situated on the outskirts of the main city of Thrissur, it is about 5 km from the city center. The elevation provides a beautiful view of the city of Thrissur. Near the top of the hill, there is also an open air theater. All this and more make Vilangan Hills one of the most favored travel attractions in Thrissur.