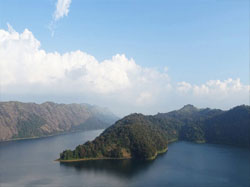 Idukki is Keralas most prominent spice tourism destination and Kerala’s history is closely linked with its commerce, which in turn was wholly dependent until recent times on its spice trade. Idukki district in Kerala has been known for its spices and travellers around the world have journeyed here for trading in spices.It is believed that the spice trade dates back to three thousand years. Pepper still remains the king of Keralas spices, Idukki being the source of origin.Idukki spice tourism destination also has a very rich produce in cardamom, cinnamon , nutmeg, mace, ginger and turmeric. As in the past , the state of Kerala continues to be the spice capital of the world.

Over twelve varieties of spices, including ginger, garlic, cardamom, vanilla, pepper, cinnamon, coffee, tea, clove and nutmeg are cultivated in Idukki spice tourism destination and the surrounding areas in Kerala.The Western Ghats of Kerala with its tropical forest ecosystem provides a natural advantage for development of this segment of spice tourism in Idukki.

Among the spices being developed in Idukki spice tourism destination - the Nutmeg tree bears fruit throughout the year, but the peak harvest season is from December to May.Cinnamon plants are ready for harvest about 3 years after planting.Clove trees begin to bear flowers 7-8 years after planting. The pepper plant grows best in a warm and humid climate.

For more detals on Idukki, log on to idukki.net