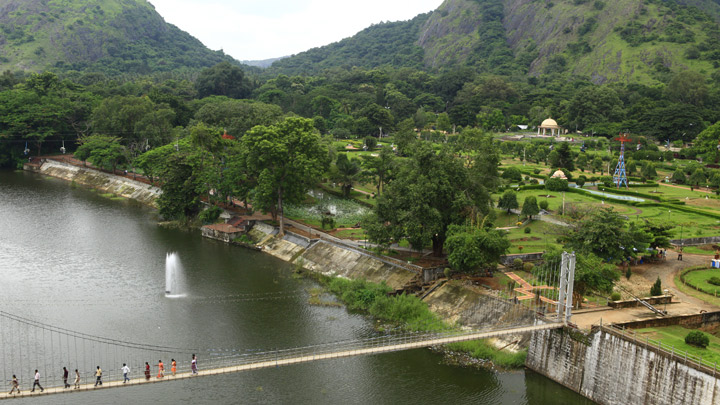 Located on the north eastern section of the Palakkad district on the northern portion of the state of Kerala, also known as “God’s Own Country”, is one of the most popular tourist destinations of Kerala, the beautiful hill station of Attappady. Attappady hill station is surrounded by lush green, undulating hills.Covering an area of 827 sq. kms, the best time to visit Attappady is from September to May.

Located amidst the picturesque slopes of the Western Ghats, the pristine beauty of Attappady hill station is further accentuated by the many rivulets of the Bhavani River, which murmur softly as they flow along the several twists and turns of the mountainous terrain of the one of the most uncorrupted hill stations of India.Attapaddy hill station is spread over an area of 827 sq. kms and has the largest tribal settlement. Located 38 kms from Mannakkad, the place consists of mostly hilly highland terrain, fed by the tributaries of the River Cauvery.

An extensive mountain valley above the crest of the Ghat ranges with numerous rivulets of the Bhavani River, Attapady hill station is inhabited mainly by tribes and some settlers from Tamil Nadu.A beautiful synthesis of mountains, rivers and forests, this hill station is of great interest to anthropologists, as this is the habitat of many tribes like the irolas and mudugars.

The Malleshwaram peak is worshipped as a gigantic Shivalinga, by the tribals who also celebrate the festival of Shivratri with great gusto at the hill. The tribals celebrate the festival by lighting the top of this peak.Silent Valley National Park, Siruvani Drinking Water Reservoir are the tourist centres of the valley at Attappady.The highest peak in the district is situated here. A PWD rest house and a few private hotels offer accommodation at Agali.

For details on the land of palmyra trees, log onto palghat.net